It’s always a breath of fresh air when a supplement company isn’t making flashy, wild claims. While Adrafinil by Double Wood is good all-around with its no-nonsense approach to its formula, there may be serious health risks to consider, especially since it isn’t regulated by the FDA.

Adrafinil by Double Wood Review: The most potent nootropic available without a prescription? 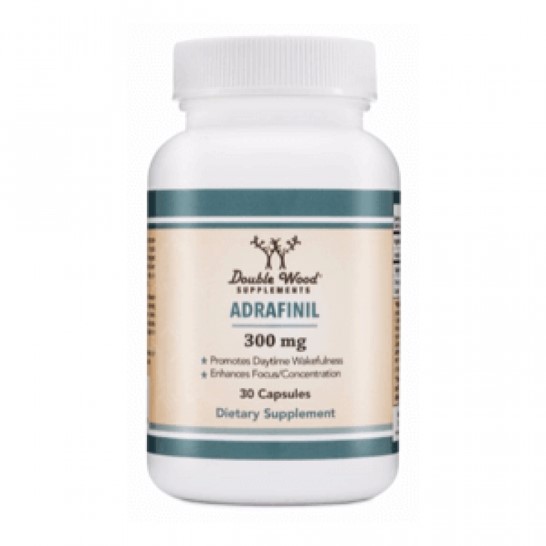 Adrafinil is produced by Double Wood, but curiously, is not featured on their website, DoubleWoodSupplements.com. However, there is lots of information available about it on Adrafinil Depot.

It was originally developed in France in the 1970’s by Louis Lafon Laboratories as a prescription treatment for narcolepsy.

But is used as a brain supplement for it’s ability to stimulate and boost concentration in healthy individuals without causing hyperactivity or other negative side effects that often come with other stimulants.

It’s described as the most potent nootropic available without a prescription, with the ability to replicate the cognitive benefits of amphetamines.

Is it more potent that Our Editors Choice Nitrovit?

Adrafinil can keep you more alert for longer, as well as making you more motivated in the process. Interestingly, it has also been shown to improve behaviour and cognition in canines.

How Does Adrafinil Work?

When ingested, Adrafinil is converted to Modafinil by the liver.

This increases cerebral metabolism, as well as increasing the level of hypocretin, a neuropeptide responsible for regulating wakefulness, in the brain.

It also causes an increase in levels of the neurotrasmitters Dopamine, Notepinephrine and Histamine.

It’s no wonder that it’s used to give a good energy boost! You’d think that such a stimulant would come with the usual adverse effects that we’re used to, but Adrafinil doesn’t.

This is because it slows the breakdown of Dopamine and Glutamine, and increases Seratonin, which results in reduced stress and improved quality of rest.

Adrafanil has been third-party tested on rats, the results of which showed no signs of toxicity. It has also been tested for purity. See the Certificate of Analysis on their website.

Adrafinil was previously sold in Europe as ‘Olmifon’, but was taken off the market in 2011 after a reassessment by ANSM, France’s equivalent of the FDA. It’s not FDA-approved, although Modafinil, which Adrafinil converts to 60 minutes after consumption, is approved and regulated.

It should be noted that Adrafinil is not for use by athletes who need to undergo drug testing, as Modafinil is on the World Anti-Doping Agency’s list of banned substances, and has been since 2004.

How to Take Adrafinil?

Adrafinil should be taken in the morning on an empty stomach, in doses of 100-300mg, not exceeding 600mg per day.

Taking it later in the day may result in insomnia due to its stimulant effect.

It should not be taken with alcohol or other drugs that have similar effects on liver enzymes, as doing so could cause liver damage due to its effect on liver enzyme counts. Read more about that below.

You might want to combine Adrafinil with other nootropics in a stack to maximise the effects, but this is not recommended for those brand new to nootropics. It is known to work well with caffeine, so pairing it with a morning coffee might not be a bad idea.

Adrafinil Depot’s website advises consulting with a physician before use, especially for those with existing medical conditions.

What are the Side Effects of Adrafinil?

Adrafinil can cause an increase in liver enzyme counts and for this reason, it should not be taken on a daily basis because in time, the body will develop a tolerance to it.

Other side effects may also include mild headaches, nausea, appetite reduction and insomnia.

There are multiple positive reviews of Adrafinil online, and much discussion has been had about it on Reddit and other forums.

People seem to be generally pleased with the results, reporting improved focus, behaviour and energy.

One user even described it as a ‘wonder drug‘.

Since Adrafinil has been around for so long and has been so heavily researched, this is no surprise. 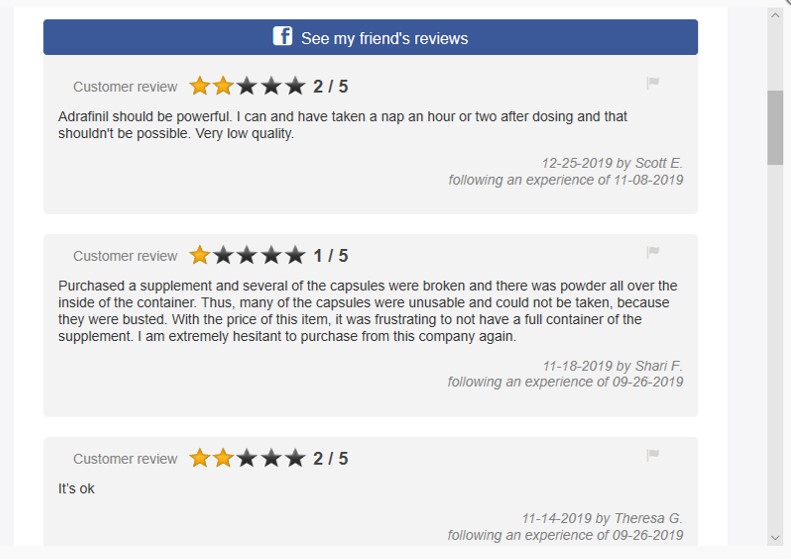 If your first bottle doesn’t work for you, they provide a full money-back guarantee.

Delivery is free within the US, and there’s a flat $10 fee for international shipping.

Unfortunately, Adrafinil orders from Nootropics Depot can’t be shipped to Australia or France due to regulatory requirements. It’s also available at $32.99 from Absorb Your Health.

Verdict – Should you Buy?

It’s nice to see a nootropic that doesn’t have all of the flashy, misleading advertising that the market is so saturated with at the moment.

However, the health risks it comes with are important to consider.

Especially as it’s not regulated by the FDA, some nootropics users may prefer to look elsewhere.

Just make sure you take it correctly and safely.

For us, it sits comfortably on the ladder with a 6/10.