Extenze is a product which is very well known within this space.

This is of course largely due to the many lawsuits Extenze has become the target of.

Accusations ranging from false advertising to the presence of sildenafil within Extenze.

The question remains as to if the product is indeed effective, well we’re here to answer that question.

Unfortunately, due to the notorious selection of ingredients used in Extenze, we have decided to take a rain-check on giving this product ago.

As such our review is more on the speculative side.

Read on to discover the truth about Extenze, and whether it is a product you should try.

Extenze Review: Out with the Old, In with the New 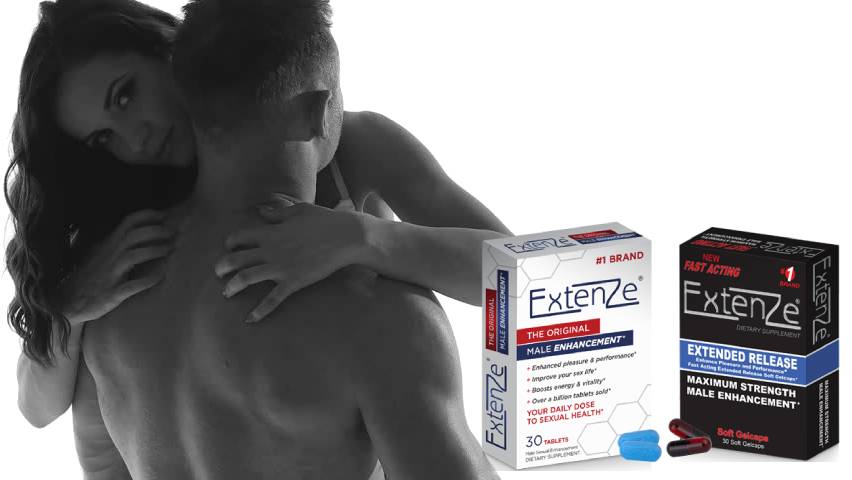 For those of you unfamiliar to the male enhancement scene, Extenze is one of the bigger guys out there.

If Viagra was to Adderall, Extenze would be to Ritalin.

It’s one of the few male enhancement pills that have actually found its way onto television, but similarly, this has also caused it problems, as being under the limelight means that they are exposed to extreme scrutiny from all around the industry.

One thing we can safely say about Extenze is that there is substantial research behind it.

More often than not, a company spends loads of money on advertising, without even considering the research and studies behind the ingredients they employ in their formula.

Luckily, this is definitely not the case with Extenze.

Unfortunately though, the time of Extenze is soon coming to an end.

Lawsuits are being posted at their door almost every day. 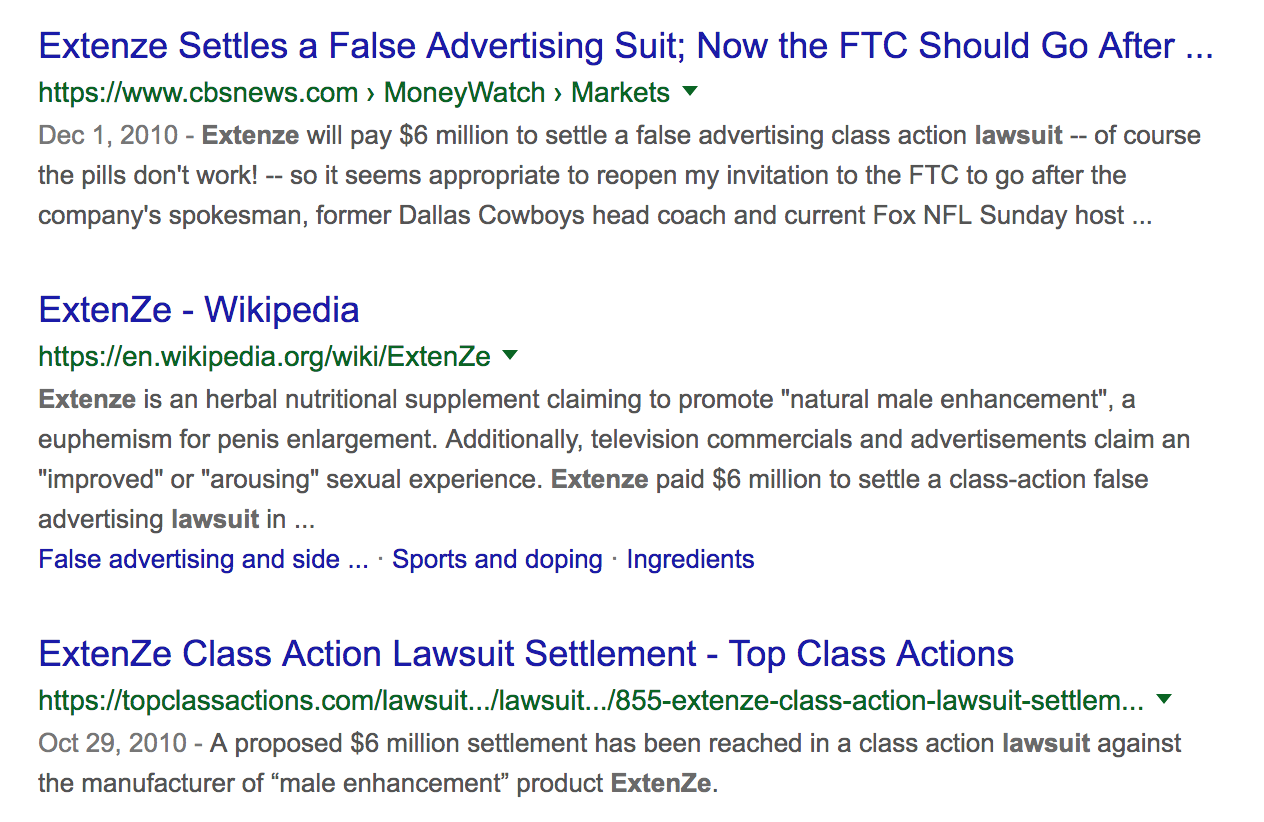 The time where they had many, many sponsors is soon coming to a close.

New clients are avoiding them, and current ones are jumping ship.

The reason why? The FDA investigated the manufacturers of Extenze.

They discovered that the product consists of sildenafil, and active ingredient in Viagra, without officially being disclosed. 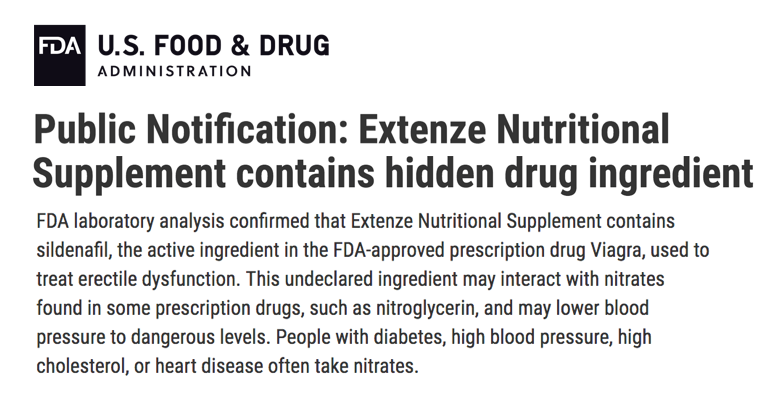 Apparently, an Olympic gold medalist was disqualified due to this, and of course, lawsuits followed. 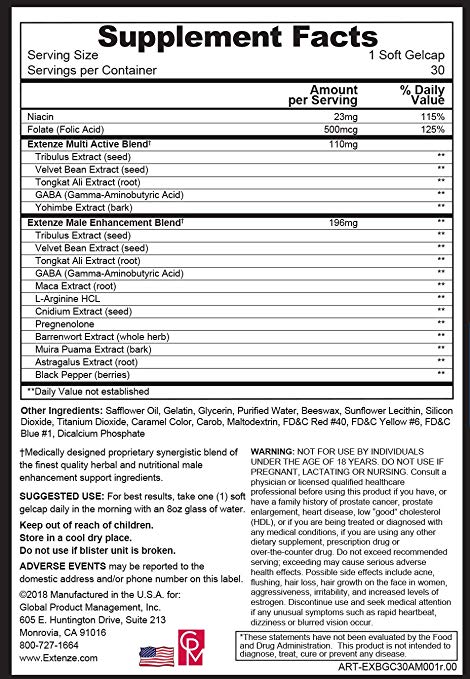 But equally, some of its ingredients aren’t exactly a sight for sore eyes.

Yohimbe, for one, is now being removed from a number of different male enhancement products due to the fact that it can really take a toll on your health.

But as according to WebMD, “Yohimbe has been linked to reports of severe side effects including irregular or rapid heart beat, kidney failure, seizure, heart attack, and others.”

And aside from Yohimbe, there is also Micronized DHEA, the ingredient previously mentioned that classifies as a steroid.

Extenze used to have a lot of sponsorship from athletes in the past, but now, you understand why they are losing a lot of them.

Test Results: Well, we Didn’t Really Test Extenze (HOW COULD WE?!)

The heading says it all.

The fact that Extenze contains a hefty amount of Yohimbe and DHEA, we didn’t test it.

I don’t know about you, but none of us here wanted to become the next lawsuit involving Extenze.

There are so many third part reviews on Extenze on the internet though.

However, if you take a good look, not all of them are completely honest.

For the most part though, the major gripe most have with it is the fact that Extenze doesn’t really do much for penis enlargement.

I guess “Extenze” is really just all about extending your time in the sack, which isn’t bad at all.

Another thing most complain about is yohimbe, and the side effects they get from it, which judging from a previous test with another supplement with even just a small dose of it, isn’t pleasant at all.

The Verdict: Outdated and Possibly Problematic

Sorry guys, we can’t really give a pro’s/con’s section in this review since we haven’t ourselves tested it.

We believe the science behind it is a little harrowing.

Plus, the fact that it has a steroid in its ingredient really is a dealbreaker for us.

We haven’t even taken into consideration of the fact that it has huge amounts of Yohimbe as well.

Guys, there are tons of other, newer male enhancement pills out there.

Though Extenze does help with sexual stamina and drive, go and read the lawsuits and the reports online.

They are incredibly eye-opening.