ZeneRX Review, unlike many of the other male sex enhancement pills we’ve reviewed on this site, is actually geared more towards a different demographic – older people. 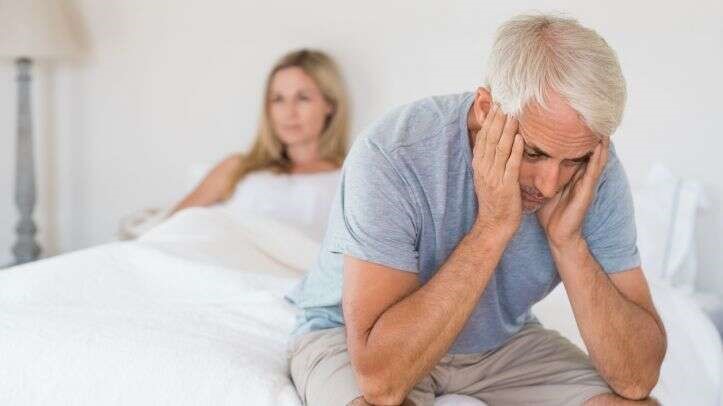 Of course, I know, I know, that’s probably one of the bigger markets for these kinds of pills, but really, most of the male enhancement pills we’ve reviewed here are really more like “Viagra pills for people who don’t need Viagra”.

Most of the pills reviewed here are more for that sort of thing, and ZeneRX and its branding, its website, everything, just seems to be the complete opposite.

Regardless though, we’ve decided to review ZeneRX as it is one of the products that we have been reading a lot about in the forums online.

One of the things that is most talked about regard ZeneRX is its ability to let you stay hard for longer periods of time, while also increasing your physical stamina, allowing you to keep on going for longer periods.

Amazingly, this was also one of ZeneRX’s unique selling points, as shown multiple times on their website.

We really were excited to be able to try the “Zenerex effect” as it also promised increased confidence, sexual attractiveness, charisma, satisfaction and better relationship qualities. Surely, this was a little outlandish, but we were willing to see what we actually got from ZeneRX.

Taking a good first look at ZeneRX’s ingredients, it’s very easy to see that there are quite a lot of ingredients in its formula.

While this might normally be bad because of the lack of potency for each individual ingredient, previous experiences in some reviewed products showed us that this was not always the case.

Max Size, for example was a supplement that had tons of ingredients, but still performed exceptionally.

To classify most of ZeneRX’s ingredients into a few categories, most of them would fit under ingredients that will give you harder, longer, and longer lasting erections, while the other ingredients increase libido, sex drive, and stamina.

The majority of the ingredients in ZeneRx’s formula fall under the first category, with a few of them actually also having a dual-effect of also preventing erectile dysfunction (after all, old people are mostly the demographic for ZeneRX’s marketing, it seems).

From first glance, what we can say is that there are inherently no bad ingredients in ZeneRX’s formula. All of them seem to actively play a part in increasing libido or size, without causing any major side effects like those found with Yohimbe.

Test Results from our ZeneRX Review: The Zenerex Effect Disappoints

As mentioned earlier, we were really excited to give ZeneRX a try, especially after hearing all the buzz about the “zenerex effect” and how it seemingly affected every part of your life.

We were surprised to find, however, that ZeneRX was simply not that potent.

This isn’t to say that it didn’t work, because it did. It just didn’t work as well as some other products we’ve reviewed.

While it did help with erections and a longer penis, it wasn’t by much. Erections typically lasted only around thirty to forty five minutes, while increases in size were minimal (around half an inch).

Where it did perform well was in increasing libido, however, again, was not as potent as some other pills we’ve reviewed.

Perhaps the reason why it isn’t too potent is because it is aimed at an older audience who have a weaker tolerance for these sort of things.

I imagine giving them rock-hard erections for two hours or more would be unwise and increasing their libido by too much could also be a bad thing.

In terms of side effects, there was only one: while it wasn’t entirely widespread throughout every one of us who reviewed ZeneRX, a couple of us did experience some minor joint pain and a slightly inflamed neck and back at one point.

It was a little strange, really. However, as mentioned, it didn’t affect all of us.

Just take note of that.

– Price was on the deeper end at $59.95
– Effects not really as potent
– Minor side effects including joint pain

The Verdict from our ZeneRX Review: Impotent and Expensive

It seems we were wrong in thinking that any and every pill that has a large number of ingredients was very effective. ZeneRX, to us, was a very average male sex enhancement pill.

It only gave us a slight increase in terms of size, length, and girth, and only a moderate increase in libido as well.

Most of us thought it was pretty meh, to be honest.

That isn’t to say that it’s bad though. However, we believe that this supplement might be more suited towards an older generation as it seems that all of the effects have been dialed down – we believe this was intentional.

For the price of $59.95, we don’t really see it as being worth it, however, some of you might disagree.

If you’re looking for a strong male sex enhancement pill, you might probably want to look elsewhere.

6Expert Score
ZeneRX Review: Better Suited for an Older Generation   ZeneRX Review, unlike many of the other male sex enhancement pills we’ve reviewed on this site, is actually geared more towards a different demographic – older people. Of course, I know, I know, that’s probably one of the bigger markets for these kinds of pills, but […]
Effectiveness and Results
6.5
Formula and Ingredients
5.5
Dosage and Side effects
6
Price
6